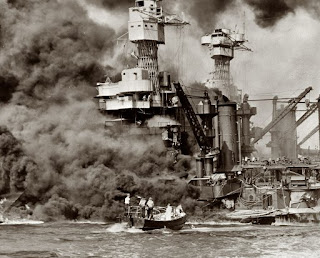 Sixty-nine years ago today, a sleeping giant was ripped from a peace-time slumber amid bombs, fire, and death.  Much has been written about "...a date which will live in infamy..."   About how it started World War II, how the governments responded, how many ships were destroyed, and about the changes it made to military strategy. It may important for historians to look at the military impact, but I think about another side.


I think about the lost opportunities.  There were 1,511 men aboard the USS Arizona and 1,177 were killed.  Only 107 were positively identified. That leaves 1,070 men who were never found or were impossible to identify. The average age of the men aboard the USS Arizona was 19.  Boys who never had a chance to be men. Never had a chance to raise a family - never have wives and children of their own.  Careers that would never happen.  Memories that ended way too soon.  Men who would never have a chance to live their life.

I think about the mothers.  My grandmother had two sons at Pearl Harbor.  One she knew was on the USS Arizona. She also knew the other was trying to be transferred to that ship.  Can you imagine the hell that was her life for the next few weeks?  Had she lost one?  Both?  By some miracle had they both survived?   There were no cell phones; there wasn't even a telephone at all in her rural county home.  There was no Internet that she could turn to for the latest information and no television reporter embedded with the latest video reports.  All she had was general radio and newspaper reports.  Until she saw the telegraph man riding his bicycle toward her house.  In what had to be the longest wait ever, she watched him pedal down the road, around the curve, and up the driveway.  She knew he was coming to her house long before he got there and she knew that it wasn't good news he was bringing.  As a mother myself I don't know how she held it together. I don't know how she was able to send her last four sons off to the military in the following years.

I think about the brothers.  The USS Arizona alone had 38 sets of brothers (4 sets were 3 brothers; the rest were 2 brothers) and one father/son pair aboard. Twenty-three sets of these brothers lost at least one brother.  The father and son pair were both killed.  One mother lost both sons.  One set of brothers were twins; one of these survived, the other did not.  One got to go home; the other never will.  I can't imagine the heart grabbing pain of looking at a burning hulk of metal knowing that part of your family was there.  The undying hope that your brother was one of the survivors.  The guilt that you weren't there beside him to help.  The guilt that you survived when so many others didn't.  The eternal hope of looking everywhere, hoping there had really been some sort of horrible mistake. (My surviving uncle spent the rest of the war looking for his brother at every naval hospital he was near.) 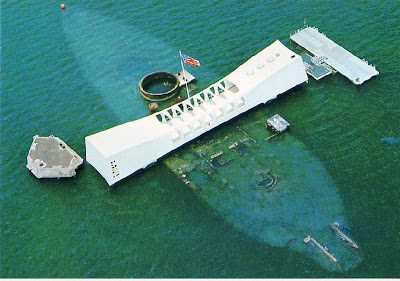 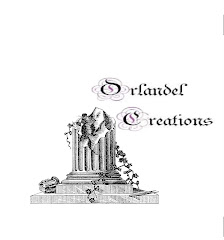